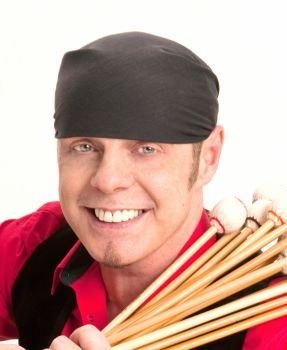 Internationally acclaimed as a virtuoso artist and devoted pedagogue, Ludwig Albert belongs with the absolute topflight and is known throughout the world as Belgian’s leading marimbist and as an important musical pioneer. He is also recognized as one of the most successful pedagogues of his generation. Showered with titles and positive reception by the press abroad for his rare lyrical sound, he performed in more than 30 countries concerts and master classes and has released fifteen albums containing primarily first recordings of masterworks, his own compositions, improvisations, arrangements and dedicated works displaying his versatile art. He founded as A European creation the Master Marimba Degree defined with his innovative pedagogoc methode in body controlled marimba sound production at the Royal Conservatoire Antwerp welcoming students from over the World. In addition he is also professor at the marimba and percussion department of the LUCA University College of Arts Leuven. At present he is signature artist of Adams Musical Instruments NL and Innovative Percussion US.

Is one of the leading European percussionists. His compositions are part of concert programs of renowned soloists and ensembles as well as percussion competitions. His collaborations with famous colleagues, his rich collection of recordings and his international concert activities introduced Croatian percussion music to the world. Since 1984 he leads the Croatian Radio Symphony orchestra percussion section and since 1990 Igor has organized international percussion events. 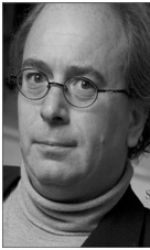 (Belgium, °1964) studied musicology, communication and arts management at the University of Louvain, known as one of Europe’s oldest and prestigious universities. He worked for the Belgium National Classic Radio 3 (now called Klara) between 1987-1991 and was professor at the ‘Provinciale Hogeschool Limburg’ from 1992 till 1998. He’s a board member of several Cultural organizations and associations and is director of the Academic Hall since 1996 and director of the Cultural Centre de Bogaard since 2002. He's related as executive director at the Universal Marimba Competition since its foundation.
Foo Pui-Yee 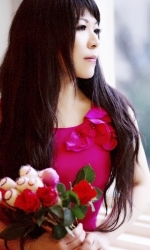 Foo Pui-Yee has made her mark in the world as one of the Hong Kong's finest artist. Her performances across thirty states are hailed as "full of character and demonstrating a unique and beautiful style of playing". She collaborates continuously with distinct composers  and has more than hundred world premiere. She is also the Artistic Director of the International Hong Kong Percussion Convention-festival and the jury president of the competition. 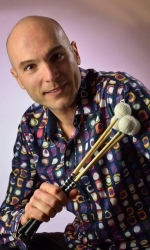 Filippo Lattanzi is defined as an outstanding interpreter and as one of the leading figures in the worldwide panorama of marimba and percussion. As classical percussionist, Lattanzi has presented Italian and world premiere performances of many works and has to his credit a large number of first-time recordings of marimba solo pieces and concerto's. His activity as a soloist and chamber music artist has included hundreds of concerts abroad. He teaches Percussion Instruments at the Conservatorio Statale di Musica “Niccolo' Piccinni” of Bari (Italy) and plays exclusively, as endorser, ADAMS Marimbas and Percussion Instruments, GRETSCH Drums and SABIAN cymbals. 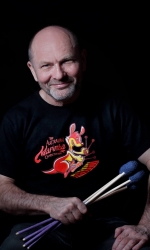 Sergei Golovko is known as composer, marimba and xylophone soloist, International Master Educator and as Adams Endorser. He's one of the leading Percussion teachers and Educators in Australia. Sergei is a PAS Victortian representative and Percussion workshops presenter with Musica Viva and Victorian Department of Education.

Dr. Israel Moreno, is known as one of the leading keyboard artists and intense promoter of Mexican marimba from Chiapas to abroad. He has participated as a percussionist in several symphony orchestras of Mexico as well as ensembles of percussion as Tambuco and Marimba Nandayapa, appearing at the most important festivals in Mexico, on radio and TV. Israel Moreno is Yamaha artist and full time Professor in the University of Science and Arts of Chiapas, Mexico,

Seung-Myeong Oh is one of Koreans leading percussionist and marimbist of the new generation. He is currently an endorser of Adams Percussion Instruments and  is Principal Timpanist of the Jeju Philharmonic Orchestra, Starting 2010 he’s invited guest professor of the Jeju International Percussion Academy & Festival and is recently related as Professor at the Jeju National University in Korea