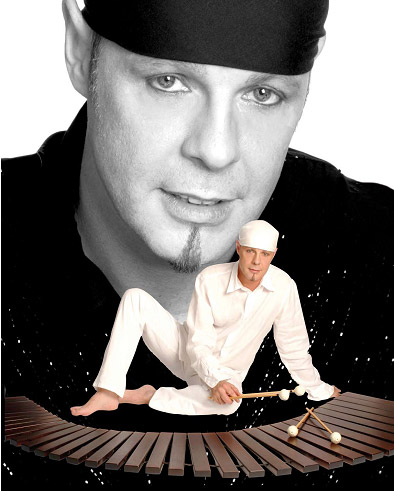 The Universal Marimba Competition Belgium is once more upon us in 2021, celebrating its 20th anniversary. This biennial event, located in the heart of Europe, gathers marimbists and percussionists from around the globe and foster cross cultural understanding. It has been dedicated with success to promote the popularization and development of the marimba art, sparing no efforts in supporting leading artists and the prize winners. A Win at the Universal Competition is a significant launch for further career in the professional  music scene.

The knowledge of the marimba is increasing year by year. Audiences hearing the marimba for the first time are often astonished by the modern marimba's wealth of tonal nuances. It is true that the marimba, being an instrument with its origins in traditional folk music, shows itself to full advantage in music genres as jazz-, Latin- and even pop music. Starting 1960 the marimba, one of fastest-growing musical genre in the 21st century, has been popularized and changed constantly during last decades. It developed as a true classical contemporary instrument, cleared a way at all important concert stages and enables the creation of music by her full display of tonal nuances thanks to the contribution of several leading performers and pioneers. At those days the number of ambitious percussionists being interested in further specialization of the marimba increases. The 21st century will surely be rich in new musical discoveries and development. This will require quality pieces, competitions, concerts and most of all marimbists capable of communicating musical sensations to their listeners. With this background, Marimba-Projects took by my initiative in 2000 the decision to organize in Belgium the Universal Marimba Competition and Festival. This competition will stresses the importance by moving people through the musical expression of the marimba, by sending excellent marimbists worldwide and by waking over further International qualitative development. Holding such a spectacular world-class marimba-themed music competition and festival will definitely deliver a platform for numerous music lovers to enjoy marimba art as the new music of the world and to interact with musicians at all levels, letting them all release their artistic and musical passion, and burst into artistic fireworks in the collision of inspiration and enthusiasm to present a real feast of music.

The Universal Marimba Competition has been dedicated with success to promote the popularization and development of the marimba culture and art, sparing no efforts in supporting leading artists and artworks around the world. The competition received from 2011 the High Patronage of Her Majesty Queen Paola, a Royal honor for the first time presented to an International marimba competition. The competition staged from 2001 two yearly for the disciplines marimba solo, duo, chamber music and composition and welcomed over 850 candidates, an unexpected success and recognition, profiling this competition nowadays as the most prestigious in the world. It is again our great pleasure to welcome and to gather candidates from over the world who feels inspired to take part of this edition. We are convinced this event will keep contributing in further development and that amongst the talented candidates true musicians will emerge as a marimbist. The competition was able to establish for several laureates an endorsing artist contract with major companies and to found their musical career with resulting concert activities and contracting label recordings. It is with proud to witness our laureates their artistic growth, international recognition and presence as most high classed performers of the new generation. In addition, the Universal Marimba Composition Competition will celebrate with the 7th edition its 10th anniversary and the 3rd edition of the International Percussion Youth Competition will take place as well during the closing festival, aiming to support and to discover young talent and to promote the percussion art as well at amateur and semi-professional level.

The Universal Marimba Competition is set as a music celebration continuously inviting top acts and brilliant artistry. Music is a language that transcends borders, touches people's souls, inspires and elevates artistic taste. Music penetrates in every aspect of life and marimba music in particular expresses emotions and feelings in a most direct manner. Therefore, each edition presents marimba music as its main theme, inviting as jury and performing festival artists a topflight of world leading marimbists & percussionists, pedagogues and passed laureates of different schools and styles who boast great artistic attainments and possess international professional standards, all representing innovation and skills, further illustrating outstanding vigor and dynamism. This ground-breaking event will highlight the beauty of marimba and surely being a significant inspiring meeting place for all lovers of marimba music.

It's without a doubt that this Competition keeps marking internationally a brand new milestone of the marimba art. It is with great honor to be part of establishing such a high-classed happening for the marimba, providing a stage for top performers and candidates from around the world and presenting all visitors with a wonderful music experience. On my behalf, I also would like to extend our sincere gratitude to Her Majesty Queen Paola, Province Limburg, city Sint-Truiden, the board, the organization, the Academic Hall, Cultural Centre de Bogaard and all manufacturing sponsors and volunteers. This organization would not be possible without their continue support. It will be our pleasure to welcome and to meet all participating artists, candidates and visitors in July 2021 and to wish you all a great marimba time.